Dinan is undoubtedly one of the best preserved and most attractive small towns in Brittany. With its 3 km long ramparts, half-timbered houses, attractive port and cobbled streets filled with art galleries and craft stores, it is worth a visit.

Ranked second among the fifty most photographed cities in France, Dinan is surrounded by its 3 kilometers of ramparts – the longest in Brittany. Stroll through its narrow streets and learn all about its wooden frames. The town has no less than 130 half-timbered houses. Close your eyes during your visit and let yourself be transported back to the time of medieval music, knights, cobblestones and charming alleys.

Dinan is well known for the exceptional richness of its architectural heritage, which has evolved as the city prospered, especially between the 14th and 18th centuries. Dinan prospered in the trade of flax, leather, wool and cereals with cargoes departing from its port on the Rance River.

The town is located on a hill overlooking the Rance valley and was described by Victor Hugo as being perched “on an overhanging precipice… like a swallow’s nest”.
The main attractions of the city are its half-timbered houses, the cobbled streets of the Old Town, the Donjon of Duchess Anne, the St. Sauveur Basilica, the port and the massive city walls.
Discover Dinan in video 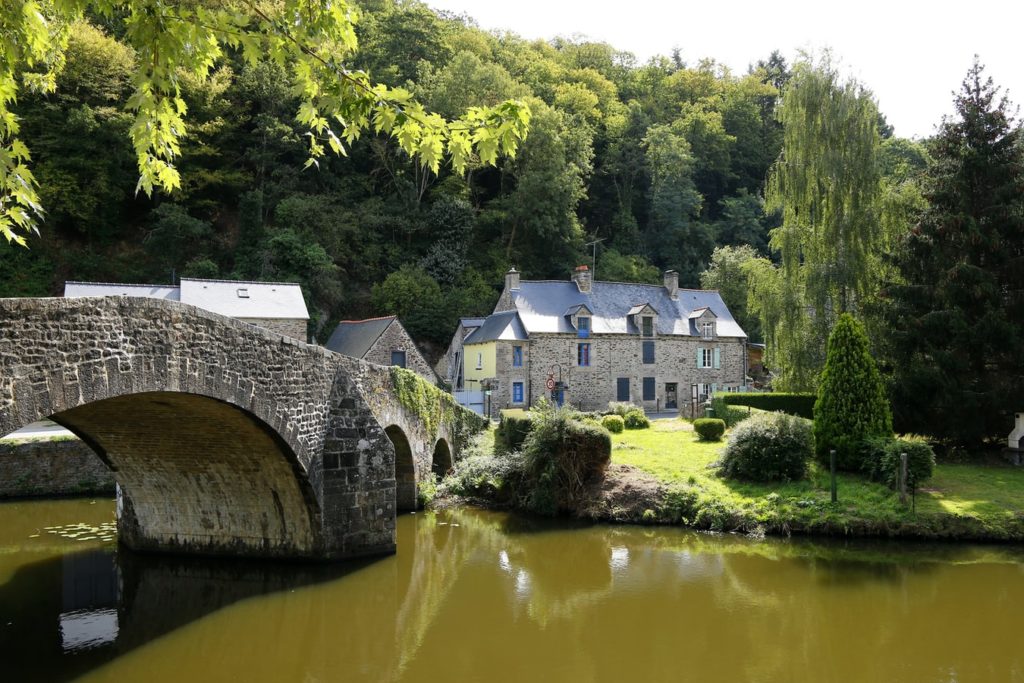 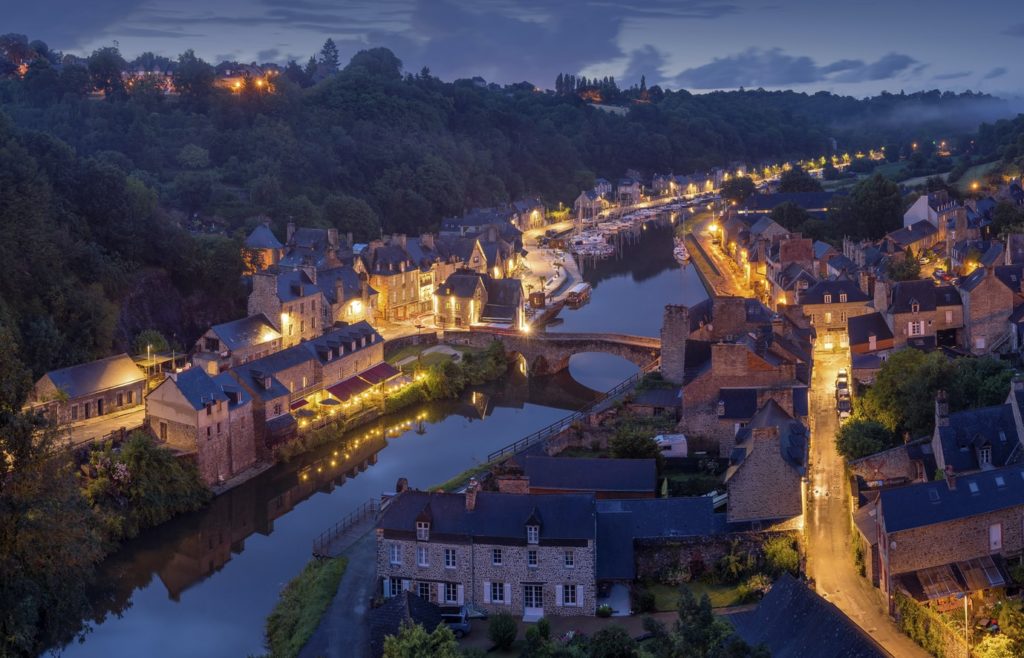 The essentials of Dinan

The Castle of Dinan

The castle of Dinan

The castle includes a donjon – Duchess Anne’s Donjon (14th century), the Tower of Coëtquen and the Gateway (13th century).
A museum of local history is located inside the 14th century keep and displays traditional Breton headdresses, paintings, sculptures and archaeological objects. At the top, you can have a panoramic view of Dinan and its surroundings. It is an ideal place to take pictures.

You can admire its half-timbered buildings, have a drink and go shopping in the elegant boutiques. The Place des Merceries and the old town are full of unique pieces, men’s and women’s clothing boutiques, bookstores and local art and souvenir stores. With its many welcoming cafés and stores to discover, Dinan is a Breton town much appreciated by tourists. 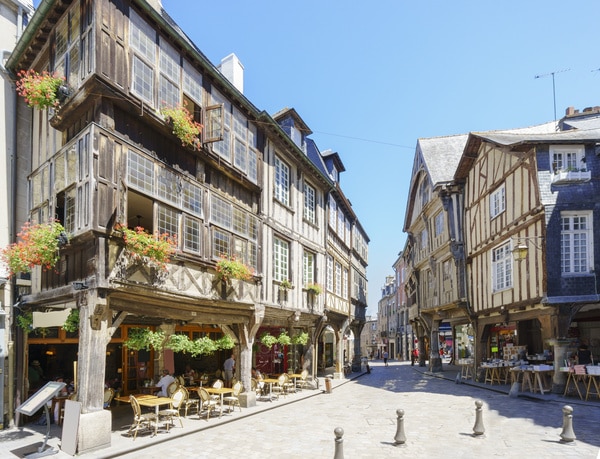 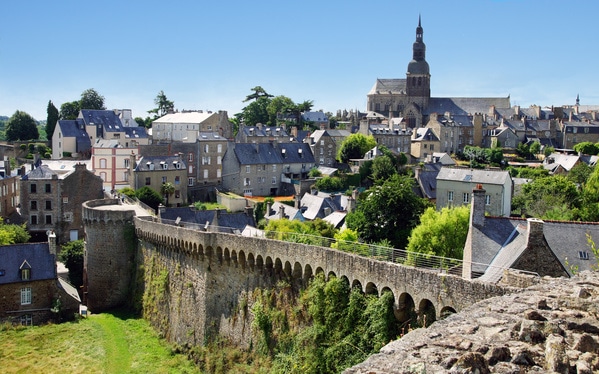 The ramparts of Dinan were built in the thirteenth century and reinforced by Francis I, Duke of Brittany in the 15th century, then renovated in the 17th century. There are six towers along the ramparts, from which there is a breathtaking view of the city and the Rance. If you like to walk along the old ramparts, then Saint Malo is another must-see town in Brittany. If you explore further south of Dinan and Saint-Malo, then Concarneau, the third largest fishing port in France, also has an old fortified town and an interesting port. The “Fête des Remparts” is a great festival to experience in Dinan.
Next

The Rance River, now home to luxury boats rather than cargo ships, is worth exploring. The massive city walls are an impressive sight as you descend to the river and the view is extended from their height. This river has been the center of commerce over the centuries and even on overcast days, a walk along the bank is a pleasant activity. In summer, it is perfect to walk around with a delicious ice cream in your hand. 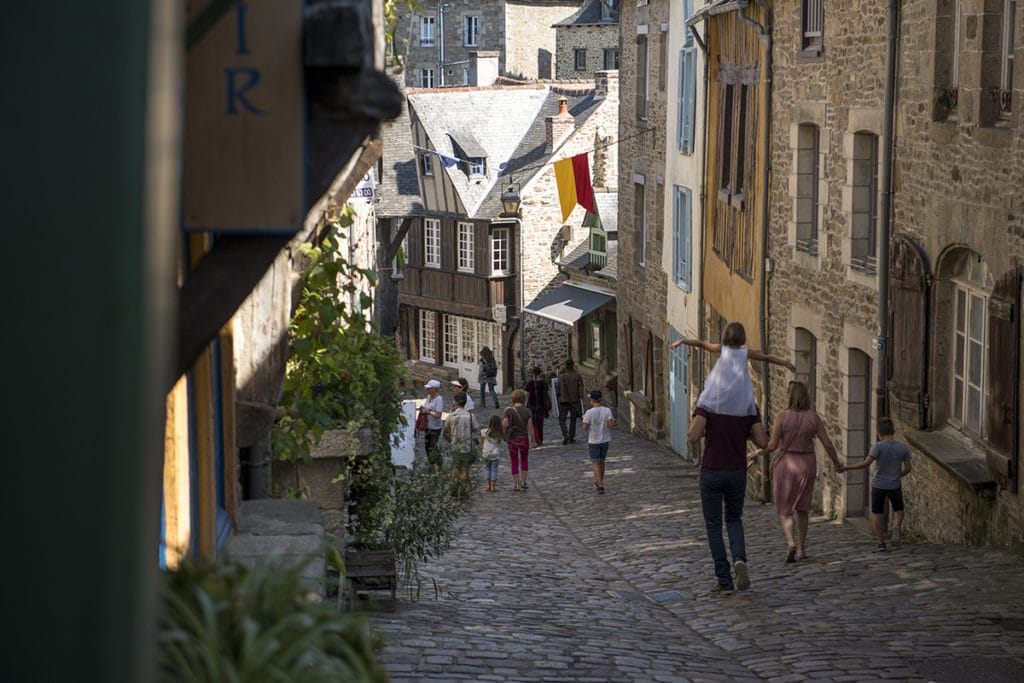 This street connects the port to the center of the city and is the oldest in Dinan. It was at the time of the Middle Ages and until 1930 an inescapable link between the upper middle-class city and the popular lower commercial city, and a commercial artery, sheltering many merchants, basket makers, tanners and weavers. Today, you will find painters and sculptors, but also restaurants, crêperies, and souvenir stores. Rue du Jerzual is without a doubt the most charming street in Dinan.
Next

The Basilica of St-Sauveur is unique in Brittany because it combines the Romanesque and Byzantine styles, since it was started in the 12th century and was only completed in the 16th century.

It was created by a knight who came back safe and sound from a crusade against the Saracens to thank the Lord  for protecting him.

You will no doubt particularly appreciate the stained glass windows of this Basilica and the main portal which presents large colorful paintings. 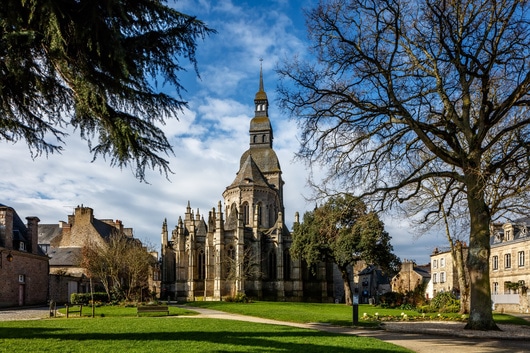